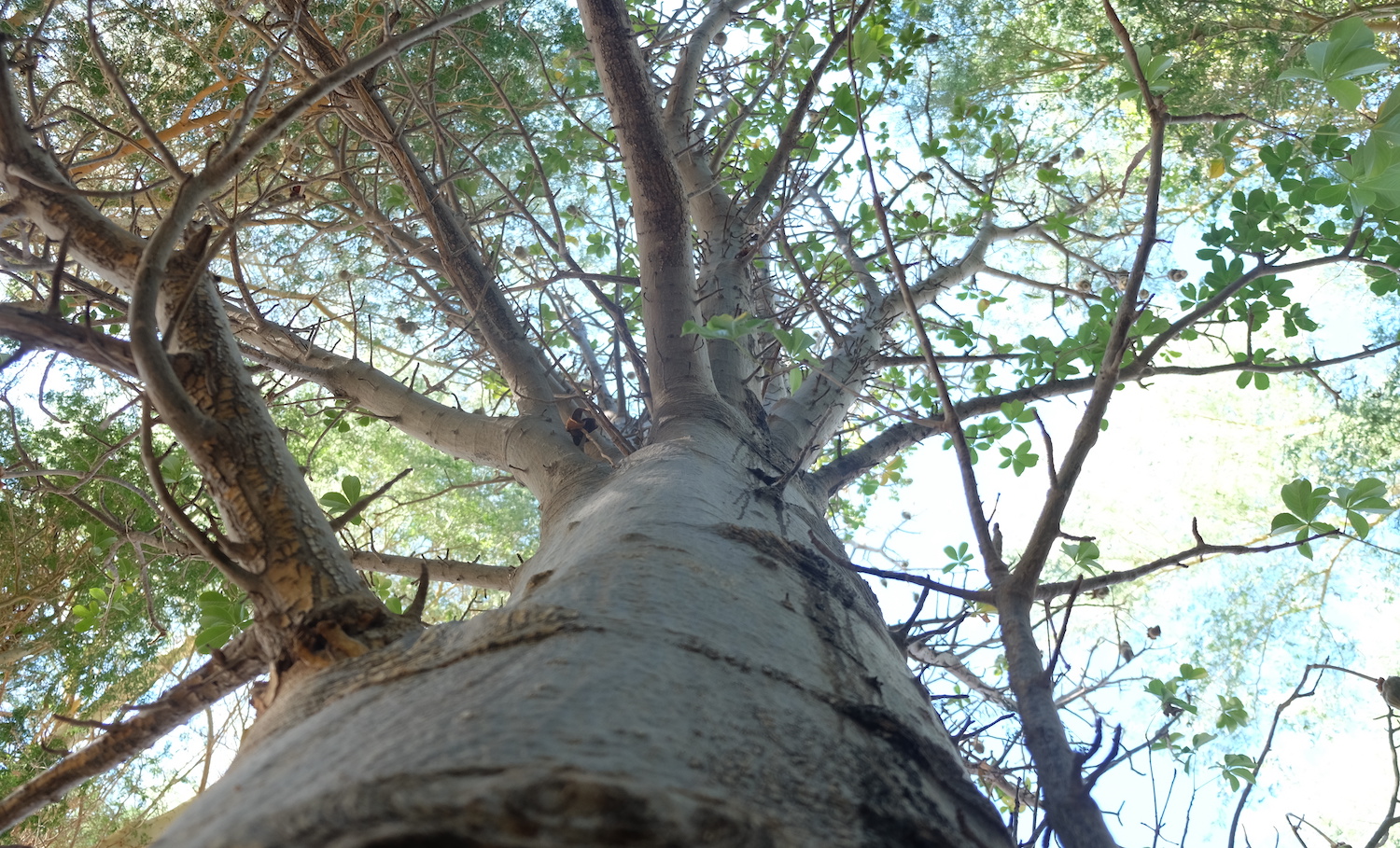 “Bushmen believes in the beginning gods were distributing seeds and plants to the animals of the World, to cultivate. The Storie of the bushmen goes on to think that the Hyena and the Baobab Tree were a match. The stories of animals, birds and trees are in sync, according to the old beliefs of the Bushmen. The Hyena was so angry to receive the Boabab Tree that she planted it upside down.”

Not naturally found here in the Richtersveld and not planted by a hyena. Even though our camp dogs kind of look like hyenas. We owe mary’s existence to the first settling farmers, namely the beets family some  92 years ago. She is close to the entrance of the farm. In 2000, HP. bought the farm because of Mary, and so The Growcery Camp was born a few years later.

Found in Africa, Australia and Madagascar, the species are commonly known as the African Baobab (Adansonia digitata) is known by many names such as the giant upturned carrot, the upside-down tree and the monkey bread tree. In Botswana, the local people call it Mowana, and in Afrikaans, it is the Kremetartboom, and it can grow up to 25 meters tall! Baobab trees can live for over 3,000 years, and when they die, they rot inside and suddenly collapse.

Young trees are challenging to identify. Therefore the Bushmen believed that there are no young Baobab trees and that fully developed trees are thrown from the heavens and land upside down with their roots in the air! It is quite an exciting story, but here at The Growcery we have been able to cultivate over 200 Baobabs from seed and cuttings from our mother plant, Mary, and we are proud to introduce them to you!

Many useful aspects of a Baobab Trees.

As this tree grows older, stunning white flowers appear as the sun sets, which are only pollinated at night by nocturnal animals such as fruit bats and moths. Every tree has its rhythm, in which it opens the petals. Some are very fast and need only up to 30 minutes to open. Others flowers require more time. The flowers then turn a reddish-brown and drop to the floor after 24 hours. The belief is that if you pick one of the white flowers from the tree, a lion will eat you.

You can eat the leaves, similarly to spinach and the ash of the burnt wood is a good salt substitute. You can use the roots of a young Baobab tree to make porridge, and you can also eat it like asparagus. One can also use it as a natural red dye. When you soak the fruit in water, and although it is a little bit sour, it makes for a great refreshing drink under the hot Richtersveld sun. The fruit has ten times more vitamin C than an orange! Legend says that if you drink the seeds soaking in water, you will be safe from a crocodile attack – luckily crocodiles never made it to the Orange River! 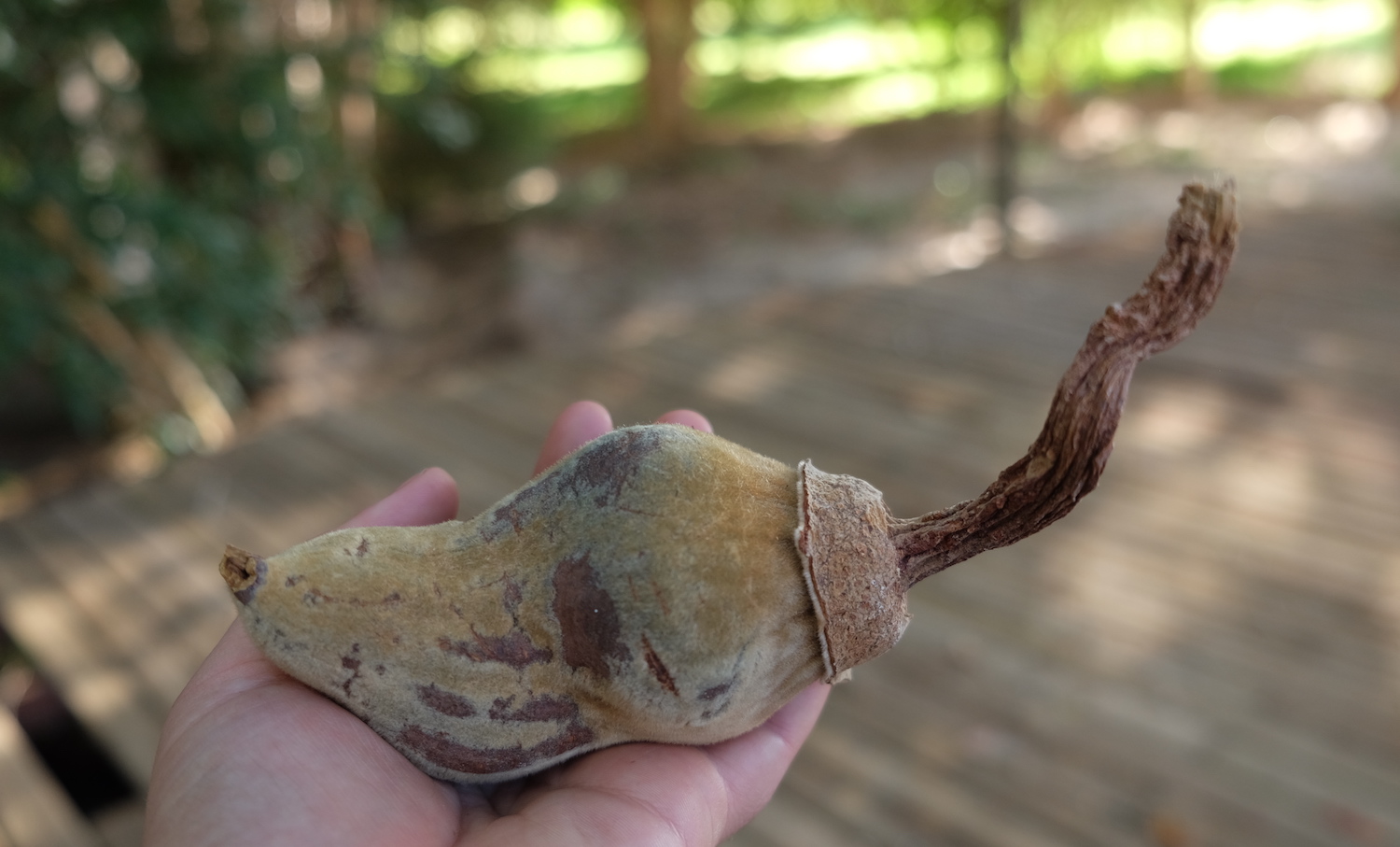 Cream of tartar came from the Baobab Tree and a previously a popular substitute for yeast in bread baking. You could even ground up the seeds and use it as a coffee substitute! No wonder it is known as the tree of life!

A soft and fibrous trunk makes the timber worthless but makes for many other uses such as floats for large fishing nets, and the pulp can also be useful in making paper. One can strip and pound the bark along with soaking in water, the fibrous material that is useful in creating clothing or provide material to weave baskets. The Boabab Fibres can also be in use as a string musical instruments or even trap wild animals and make fishing nets. The tree is not harmed during this process if done correctly, because the bark is regenerative and it can even resist drought, fire and termites. Elephants love eating the bark of the Baobab tree as there is so much water content, making it the World’s largest succulent!

Medicinally, the leaves and bark have a tannin that has been an effective treatment of diarrhoea and fever. The seeds can be an antidote for strophanthus poisoning, especially by the Bushman who used this herb on the tips of their arrows when hunting. It releases the poison into the animal after connecting with the target. Slowing it down, making it easier to track and kill. 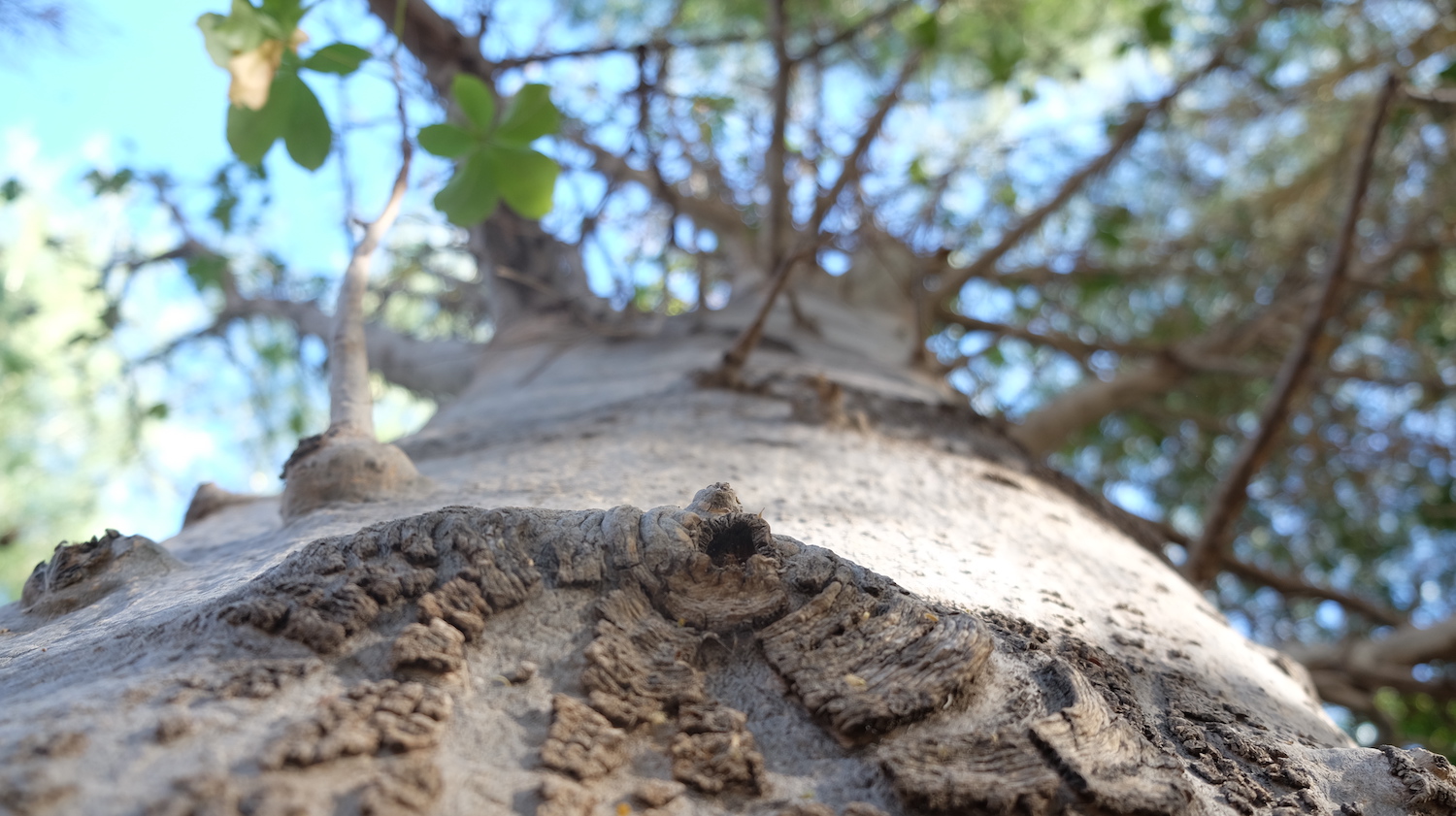 How old can Baobab Trees Become?

This magnificent Baobab Trees can grow incredibly significant. So how do we tell their age? It is hard to determine the age by looking at the rings of the tree as it hollows itself out over the years, and size is not a reliable guideline in establishing the period either. It is possible to determine by radiocarbon dating. The estimation is that a 9-meter diameter was approximately 4000 years old! A Baobab grows at its fastest within the first 270 years. During this time it will then have a 2-meter diameter, but after that, it will depend on its surroundings, climate and water intake. In the past, they have made the trees into bars, toilets and jails because of this hollow centre, but today it is an endangered and protected tree.

Can you imagine how they will look in a hundred years, or even a thousand years! It is going to be a spectacular entrance. We hope those living here then will love them as much as we do! 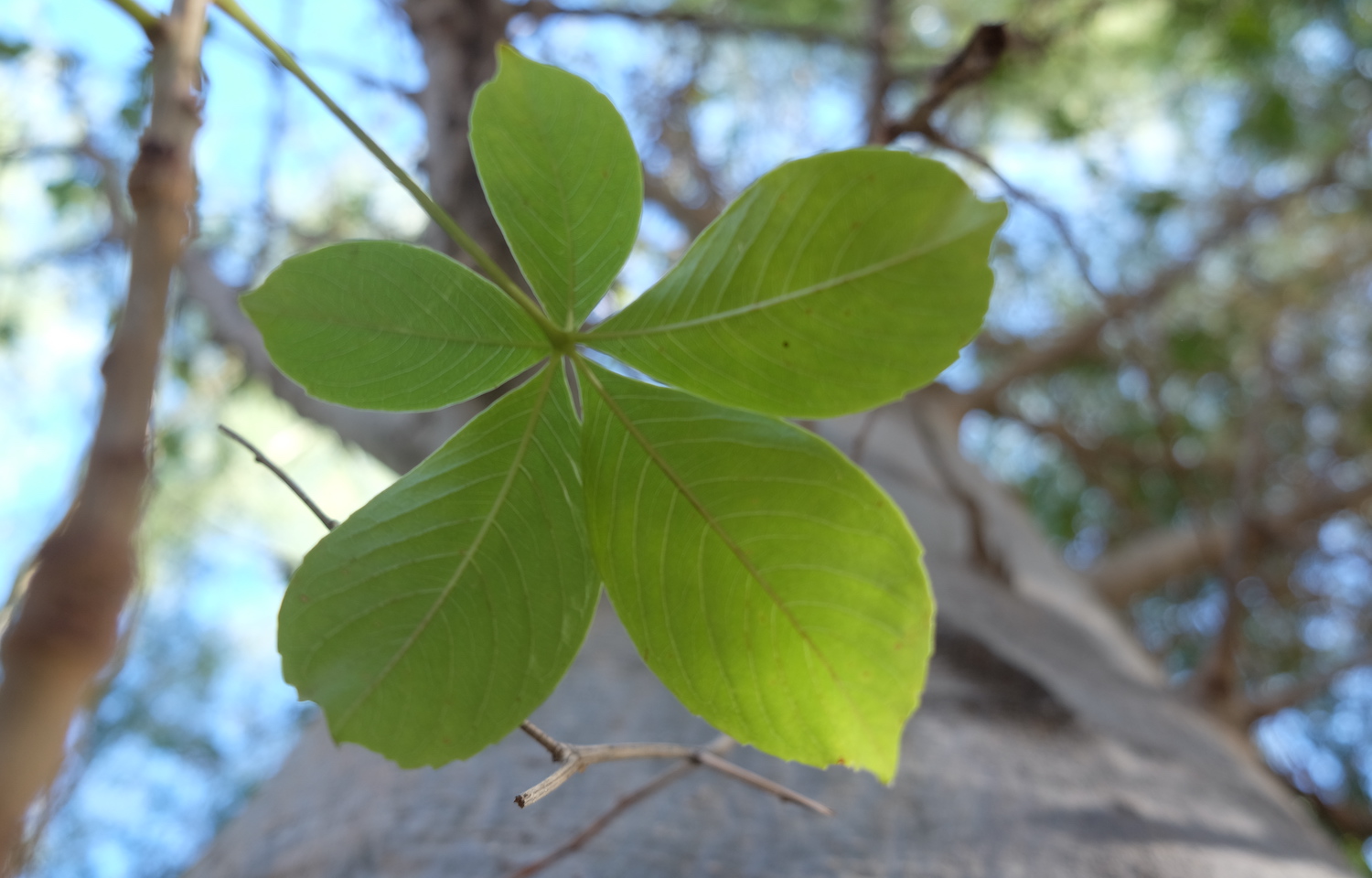 We now sell Mary’s seeds and Mini Mary cuttings for you to take home with you. It is part of our green initiative and our COVID relief comeback.
Next time you visit, remember to ask about Mary the Baobab and all her little ones. We are cultivating offsprings at the moment. We are happy to be able to distribute such a fantastic Tree, Plant or silent Giant of Africa.

THANK YOU FOR YOUR INTEREST!